Skip to Content
Are you a lawyer looking to become a Power Attorneys® member? Join Now! 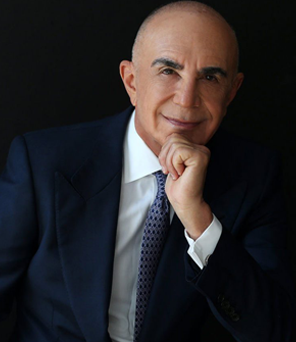 Mr. Shapiro has a reputation for being a zealous advocate for his clients. His success in trying cases has allowed him to negotiate settlements and bring resolution without going to trial. His abstract imagination gives him the ability to analyze facts from all sides.

Mr. Shapiro has more than 30 years of criminal litigation practice, including the successful defenses of O.J. Simpson and Christian Brando. Shortly after the Simpson trial, Mr. Shapiro steered his practice away from criminal defense and toward the civil arena. The striking evolution of his career gives him a background that is unmatched by most attorneys. Many civil litigators have experience taking depositions, but cannot carry that experience into the courtroom or in front of a jury, which sets Mr. Shapiro apart.

Mr. Shapiro received a business degree in finance from the University of California, Los Angeles in 1965 and obtained his law degree from Loyola Law School in 1968. At the start of his career, Mr. Shapiro spent two years in the Los Angeles County District Attorney’s Office before deciding to practice criminal defense as a sole practitioner, polishing his trial and litigation expertise.

Mr. Shapiro has been recognized as a “Top 100 Trial Lawyer” by the National Trial Lawyers Association.

Mr. Shapiro has been married for more than 40 years to his wife, Linell and has a son, Grant. His other son, Brent, died of chemical dependency disease in 2005, prompting Mr. Shapiro to found The Brent Shapiro Foundation, a nonprofit organization created to raise drug and alcohol awareness in the wake of this tragedy.

Mr. Shapiro considers himself to be an entrepreneur at heart and has founded three companies: RightCounsel, LegalZoom.com, and Shoedazzle.com. His business background allows him to better understand corporate clients’ needs, as well as their interests.

Mr. Shapiro has authored two books, “The Search for Justice” and “Misconceptions.” He also wrote a children’s book “Somo says No” on the negative effects of drug use, which is available free-of-charge to schools across the country. Additionally, he is a frequent contributor to Op-Ed pieces and legal articles. He has appeared on all cable and network news channels as a legal expert.

Are you an Attorney? Endorse this Attorney.